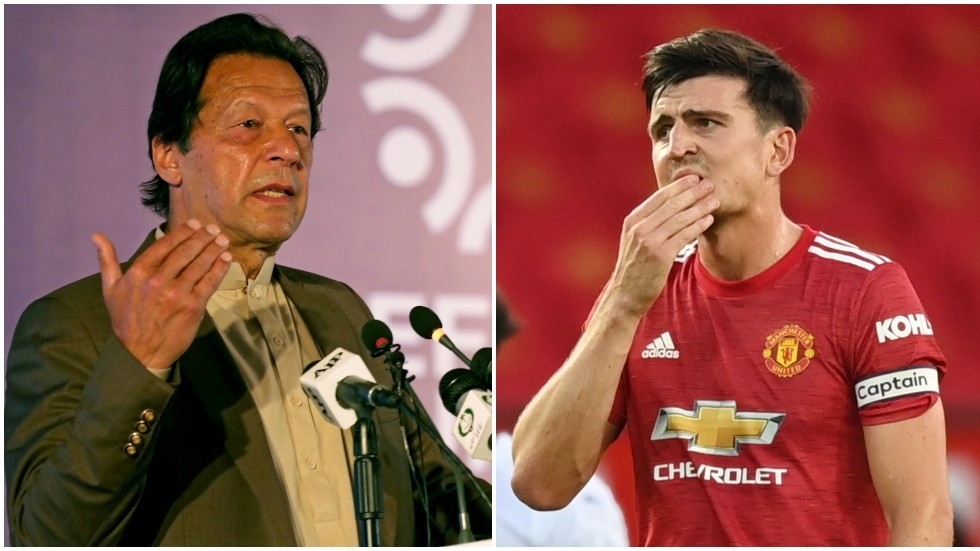 British tabloid The Mirror appears to have been duped by a satirical report published on a Pakistani website which suggests the the country’s leader, Imran Khan, has called into the question the standards of leadership at Man Utd.

Ole Gunnar Solskjaer and Manchester United have had an inauspicious to the new Premier League campaign, losing two of their first three games and shipping SIX goals at home in a dismal defeat to former boss Jose Mourinho’s Tottenham last Sunday.

READ MORE: ‘No one in this team deserves to play’: Ex-Man Utd star Evra fumes as fans despair after 6-1 hammering against Spurs

The miserable form at Old Trafford, as well as the club’s failure to negotiate a deal for chief summer target Jadon Sancho, has amped up the pressure on the United hierarchy as they attempt to get their season back on the rails.

But no matter how abject the performances have been, it is unlikely that the situation in the Manchester United dugout is being discussed in the corridors of power in the Pakistani government – no matter what you might have read in the tabloids today.

In a hastily-deleted article which appeared on the newspaper’s website early on Wednesday, The Mirror quoted a report emanating out of Pakistan which joked that country’s prime minister, former cricket star Imran Khan, hit out at the leadership of Solskjaer and club captain Harry Maguire.

“An estimated 660 million Manchester United fans have Harry Maguire as their captain and leader,” The Mirror quoted Khan as saying.

“They make ridiculous decisions in boards behind closed doors and you as the front have to justify them. I have been dealing with the same issue as well. And yet, Solskjaer and Maguire are likely to be sacked before I am.”

There is just one problem, however. The website from which they sourced the report, The Dependent, has some small print underneath the story, and not to mention the word ‘SATIRE’ written in bold red right next to the headline of the article.

“The above piece is a work of satire and does not present itself as the truth,” it says.

The article was removed from The Mirror’s website once readers pointed out their rather obvious error – and it’s a good thing too for the Manchester United press office who clearly aren’t in the humor for any further bad publicity following the recent tumult on the red side of Manchester.